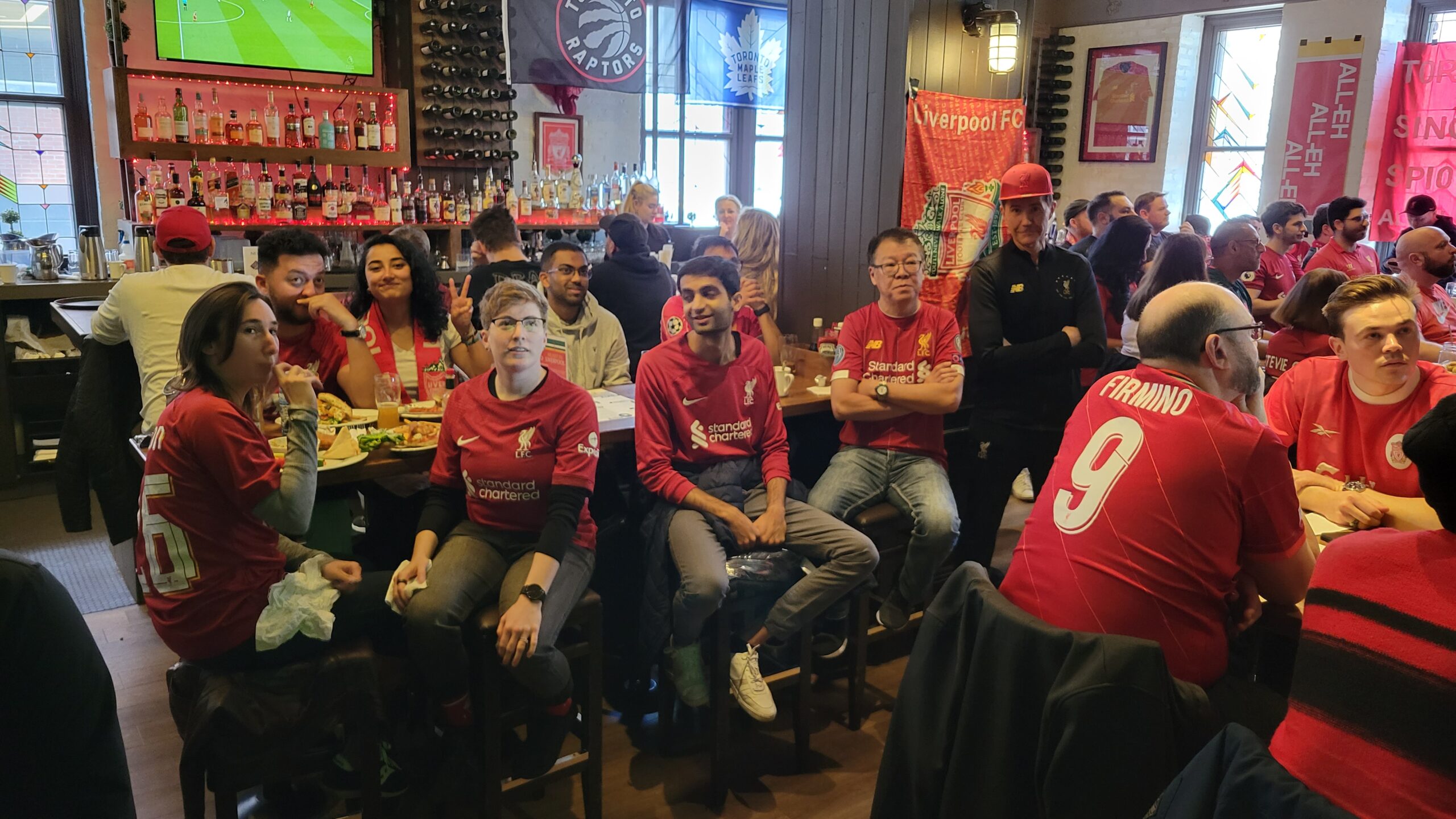 In his press conference before this clash between the two clubs which have dominated English football over the past several years, Man City manager Pep Guardiola mused that he still sees Liverpool as a greater threat in the Premier League title race than current table-toppers Arsenal.

Well, Guardiola’s analytical mind on all things football should not be put into question.

By winning 1-0, Liverpool have inflicted a first league defeat to City this season and the Mancunians are now trailing Arsenal by 4 points in the league table.

Obviously, it’s still way too early to say how this Sunday clash will threaten Guardiola’s team in the league’s final reckoning next spring but who knows in this era of fine margins.

Defence Gets That Monkey Off Their Back

The mid-week 1-7 drumming of Rangers at Ibrox set up Liverpool nicely for this crunch match. There was understandably an air of quiet optimism at Anfield before kick-off.

And this despite the big talking point being of course Liverpool’s nasty habit of conceding first. That would be unforgivable against a team of City’s calibre.

Nonetheless, a tactical plan was obvious during the match build-up. The Reds should aim to keep it tight defensively, at least the first 20 minutes, at which point they usually find their rhythm and switch gears.

The plan worked. For once, it was not a case of City being the overwhelmingly dominant side as they usually are versus other teams.

Virgil van Dijk and Joe Gomez were imperious as centre-backs. They were fully focused throughout the match and kept the defence as watertight as you can ever dream against opponents of this calibre.

Credit also to James Milner at right-back who had learnt how to contain the younger Phil Foden after his struggles against the England international in this fixture one year ago.

As well, Liverpool’s pressing game was not conspicuous by its absence. Finding a Liverpool Man of the Match was quasi-mission impossible as everyone in Red was up for it.

Strikers Stepped Up, Too

Right on cue to switching gears, Liverpool's first real chance came in the 21st minute with a Diogo Jota free header which was saved by Ederson.

On the 23rd minute, Andy Robertson blasted the ball above the bar at the Anfield Road end when he had ample time to control it before puling the trigger.

But City also showed why they are the league favourites. Five minutes before the break, a Kevin De Bruyne cross from the right flew over Joe Gomez to find Erling Haaland who applied a fierce header which to our relief, went straight into Alisson Becker’s arms. If this had gone in, it would have certainly featured in the goal of the month contest.

A goalless first half must have boosted Liverpool’s confidence and they upped the initiative after the break.

Mo Salah found himself one-on-one with Ederson on the 50th minute and the City keeper diverted the ball just out by the slightest touch with his finger tips. This was so imperceptible that instead of awarding a corner to Liverpool, ref Anthony Taylor pointed to a goal kick which eventually led to Phil Foden putting the ball at the back of the net at the other end.

Worst Or Best Refereeing This Season?

A sense of injustice prevailed but VAR instructed Taylor to consult the pitch side monitor. Foden’s effort was duly ruled out because during the build-up, Haaland desperately tried to get Fabinho’s shirt as a souvenir, hauling the Brazilian to the ground in the process.

In his frustration of the disallowed goal, Guardiola sarcastically gesticulated at the Anfield crowd, reportedly shouting “This is Anfield”.

Oh Pep, did you not see what happened to your former assistant coach 11 months ago when Arsenal was the visiting team?

Mikel Arteta lost his rag and went on a shouting match with Jurgen Klopp. This stirred up the previously subdued Anfield crowd and the incident turned out to be the genesis of Liverpool’s first goal in an eventual 4-0 win. Poke the crowd at your own peril.

Sensing blood, Jurgen Klopp also urged the Kopites to crank up the volume and threw Darwin Nunez on the pitch.

Just like in the Community Shield, the introduction of the Uruguayan further electrified the atmosphere. Liverpool now had the upper hand.

With the crowd loudly behind the Reds (thank you Pep), cometh the hour, cometh the man. After netting the fastest hat-trick in the Champions League against Rangers on Wednesday, the writing was on the wall that Mo Salah would score against City.

And our Egyptian King did so emphatically on the 76th minute. Alisson saved a City free-kick and immediately launched the ball towards Salah who had already run past the half-way line. Mo shrugged off the attention of Joao Cancelo, raced down the left flank, before slotting the ball past Ederson. Most City players could only watch and admire how their free-kick morphed into a Liverpool goal in less than 15 seconds.

An almost identical goal to the one scored in January 2020 against some other team from the other end of the East Lancs Road again. After Salah had made it 2-0 against Man Utd, the Anfield crowd could no longer resist. “We gonna win the league” was belted all around the stadium for the first time during that 2019-20 season.

This time, the hope is a more modest one: fingers crossed Liverpool have turned the corner after an underwhelming start of the season despite recent injuries to Jota, Konaté and Diaz… and a red card to Klopp!

Against City on Sunday, this was the real Liverpool that the gaffer had got us accustomed to over the years. And when the Kopites are also in full voice, squarely behind this team, no opposition relishes to come and play here.

This Is Anfield after all. Right Pep?