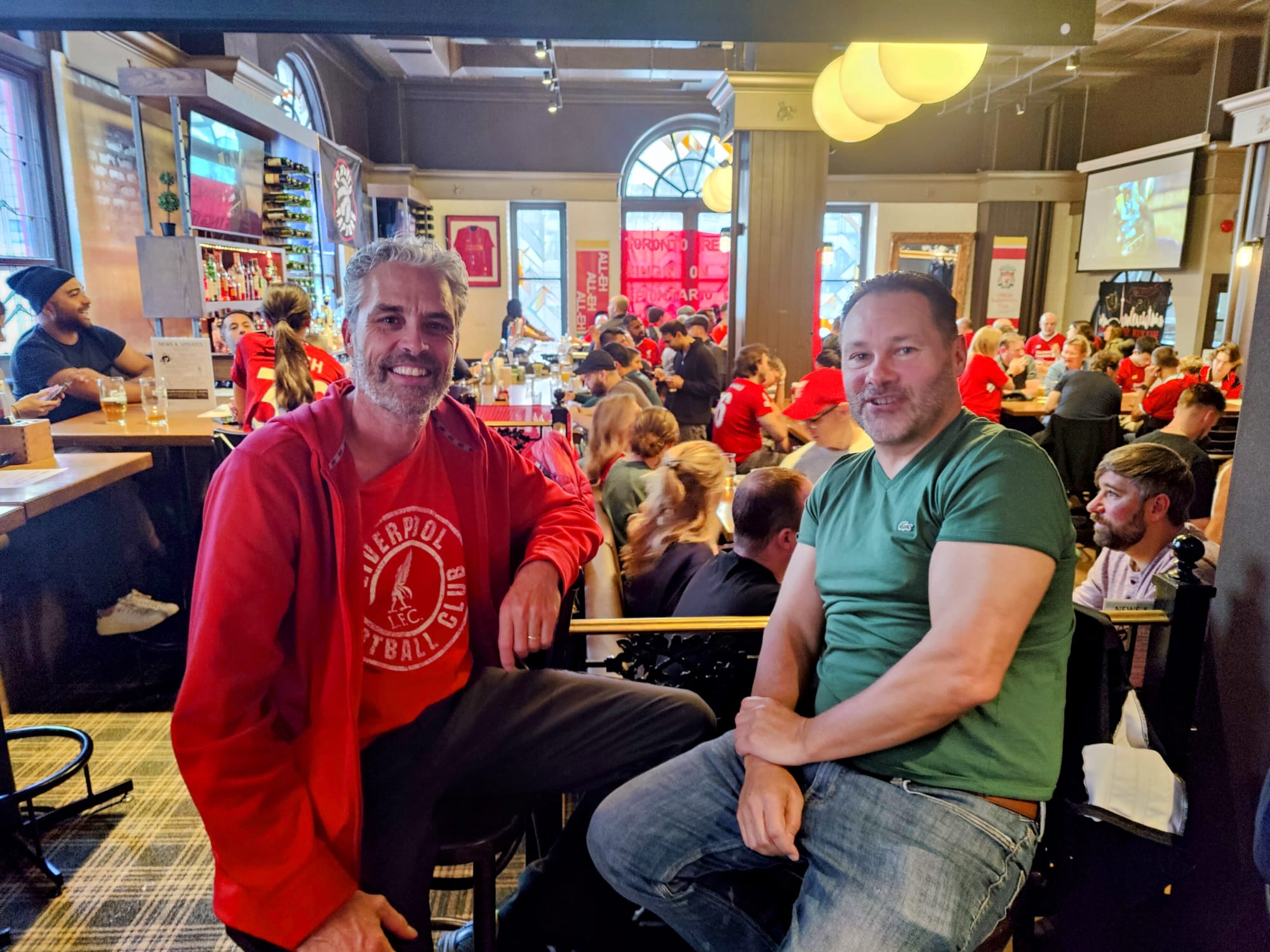 When he bursted on the scene, Ted Lasso endeared us to his gung-ho upbeat personality and his never-ending positive outlook.

It must be an American thing. Leeds United manager Jesse Marsch (who also originates from Soccerland) must have marshalled his inner Lasso when fielding his team against Liverpool in this unusual Saturday night football at Anfield.

Leeds’ 1-2 win was not an undeserved one. They defiantly went toe-to-toe with Liverpool as they responded to the rallying cry of their under-pressure manager.

Nothing in the build up of this match would have presaged such an outcome. Leeds were 18th in the Premier League table on Saturday morning and when the team sheets came out, their striker Patrick Bamford started on the bench.

Liverpool kicked off with probably the strongest XI available and the pre-match feeling was the home side would have to deal with yet another defensive visiting team who would park the bus.

It was anything but.

Still the Reds had the better start. Mo Salah hooked the ball from the tightest angle from the left and Leeds defender Pascal Struijk cleared off the line. We had played only 40 seconds.

Then, it was again a case of Liverpool’s defence messing up. Joe Gomez’s back pass to an out of position Alisson Becker was way too ahead for the Brazilian.

The Liverpool keeper slipped as he scrambled to reach the ball which ended up in the feet of a grateful Rodrigo who simply had to tap into the open Kop-end goal.

Liverpool had to come back once more. As from the 4th minute this time.

It didn’t take long for the Reds to level the score though. Ten minutes later, Salah volleyed in from 6 yards after Andy Robertson had squared the ball from the left.

Game on. Conventional thinking dictates that encouraged by this quick equalizer, Liverpool would be spurred into unleashing their usual game and start dominating the proceedings.

Sadly, this didn’t quite happen and despite the equalizer, the Reds players still appeared frazzled by Leeds early opener. In fact, the Yorkshire team created the better chances for the rest of the first half.

Moments later, Jack Harrison was one-on-one with Alisson but his shot was saved by the Brazilian.

Those 2 attacking moves carved open Liverpool’s defence too easily. Leeds looked to have the upper hand while Liverpool were barely getting into the groove.

Sloopy passes, hesitant moves, the Reds were not stamping their authority on the game, a characteristic of Klopp’s style of play when things are clicking. In fact, it was even difficult to say for sure which formation Liverpool had adopted on the pitch.

On the other hand, Leeds kept fighting for the ball. The only saving grace for Liverpool at that point would be if the visiting players continued with such intensity, they would get tired well before the end of the second half.

There have been countless of half-time team talks from which Jurgen Klopp’s Liverpool emerged a more assertive team.

Regrettably, not this time. The second half got underway in a similar fashion as the first in terms of lack of energy, intensity and pressing from the Reds.

Just like the players, the Anfield crowd was mostly subdued during the first half but around the 70th minute, Kopites started to play their bit, urging the Reds to up their game.

Although we finally saw the best run of play for the home side deep in the second half, it was now a frustrating story of heroics by the opposing keeper once again.

Illan Meslier saved good attempts from Nunez, Salah and Firmino that would have gone in on another day. As with van Dijk against Nottingham Forest last weekend, Firmino headed the ball goalward only to be denied by a spectacular diving save by the keeper.

Just like with Forest, Everton and Real Madrid, it was again so disheartening to see the opposing keeper somehow finding super-human abilities to deny Liverpool.

After all those defensive heroics, Leeds applied the coup de grâce on the 89th which again begged the question where was Liverpool’s defence. Actually, the defenders were there physically but it is their mental presence which is being called into question.

A clearance by James Milner from right back was intercepted in midfield and in the ensuing action, 5 Liverpool outfield players failed to stop 3 men in white who managed to force in the winning goal.

After emphatic games against Bournemouth, Man City, Rangers and Ajax, the real Liverpool is somehow shy to show up in most bread and butter games of the domestic league.

Injuries? Ageing players? Physical and mental fatigue for going all the way through the maximum possible 63 games last season? Opposition raising their game against the Reds?

As U.K. clocks moved back for winter after this match, we are left wondering what would kick start Liverpool’s league campaign into finally moving forward.