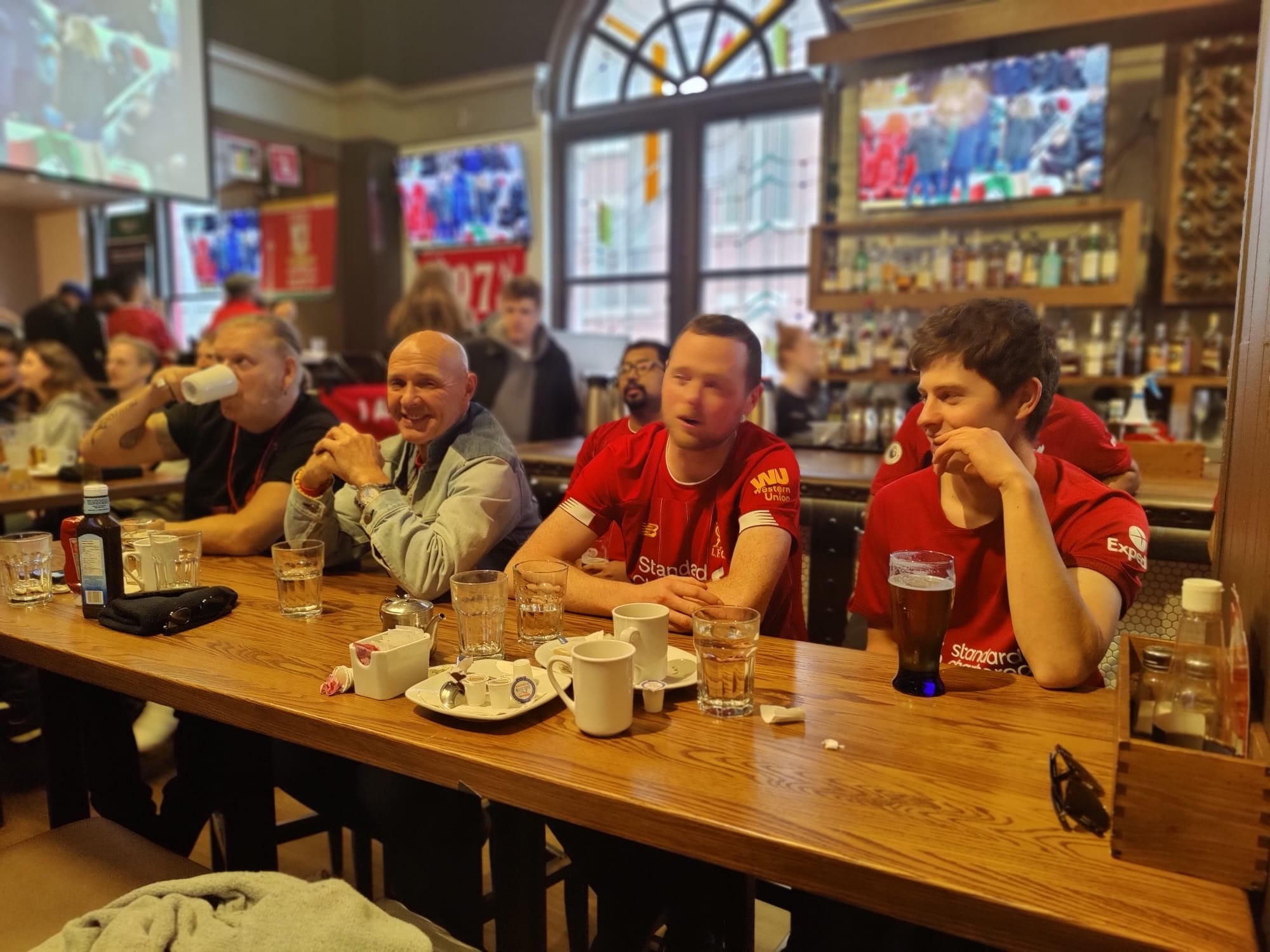 This is the first verse of Bananarama’s 1988 hit single “Nathan Jones”. The new Southampton gaffer was unlikely to have been the principal subject of this song as he was only 15 years old back then.

Also unlikely: the above lyrics describing a dejected Saints manager leaving Anfield after his team was defeated for his managerial baptism of fire in the English Premier League.

Players usually raise their game in the first match of a new manager as they are all keen to impress the incoming gaffer. Southampton was no exception on Saturday. They came to Anfield and they really gave it a go against Liverpool.

However, they faced a Reds team equally determined to keep on their own current roll of good performance.

It is now four consecutive victories for Liverpool in league, cup and Europe. Equally important is the team confidence swinging back to its usual self. The serenity is practically palpable in the L4 air now.

In this not too common Saturday 3 p.m. kick-off, the Reds made it their call of duty to sign off the first part of the league campaign with another victory before those involved jet off to the World Cup in Qatar.

Actually, both teams probably had the same thing in mind as they hit the ground running from kick-off.

Bobby Firmino opened the score on the 6th minute with an awesome glancing header from some 15 yards out, perhaps reminding Brazil manager Tite of the mistake for not including him in their national squad.

If Firmino’s goal came from a free-kick, Southampton replied like-for-like. They equalised 3 minutes later with Che Adams beating the offside trap to head in from a free-kick as well.

The visitors then grew in stature in the game. They pressed hard for the ball, passed it all around the pitch with confidence as they carved out decent attempts for themselves.

However, it was not really like they were overwhelmingly dominating the proceedings. Liverpool were equal in giving the reply and more importantly in keeping control of the situation.

After a quarter of an hour, Mo Salah forced a good save from Saints keeper Gavin Bazunu, blasting the ball at point blank range from a Darwin Nunez cross from the left.

Then Liverpool second goal came on the 21st. A delightfully chipped pass from Harvey Elliot on the right to Nunez who smoothered the ball into the net. It was almost surreal that the final action kind of took place in slow motion.

If that second goal was air poetry in motion, the third one came with lightning speed. Firmino deep in midfield, laid the ball to Andy Robertson on the left flank. The Scot squared to Nunez who slid to the floor so as to slot it into the net. Liverpool supporters in the Anfield Road stands rose as one when the final pass was made, instinctively knowing what was to come.

Notice how the Uruguayan took both goals without controlling the ball before applying the finishing touch. He will likely keep repeating this in the World Cup as he will then have former Anfield favourite Luis Suarez by his side.

Over the past few games, Robbo and Nunez have been wrecking havoc down that left flank. We cannot wait to add back Luis Diaz in the mix.

At the half time whistle, Nunez had a beaming smile on his face. He and everybody else knew all too well about the hell of a shift he had produced in this first half. The Man of the Match award was practically a foregone conclusion by then.

Jurgen Klopp usually sprints into the stadium corridors at each interval, presumably so as to be the first one inside the dressing room. We wonder if he was able to be the first in this time given that he was watching this game from the stands, serving his one match touchline ban for his red card during Man City’s match.

The only (distant) threat to Nunez eventually being named MOTM would have been Alisson Becker who saved Liverpool from conceding any further during the second half.

Of particular note was the stupendous reflex diving save to deny an Adams free header on the 77th.

Southampton carried on with a never say die attitude but the match ended with the win that Liverpool had so much desired.

Supporters of the so-called Big Six clubs usually have a dim view of their players going on international duties as they are further exposed to risk of injuries for which their clubs will then have to bear the brunt.

Liverpool supporters are probably having an additional grief with the World Cup as this tournament is coming right when the Anfield club is finally resuming its usual momentous rhythm of the Klopp era.

The Qatar event is really taking place at an unprecedented moment and the awkward timing is even allowing us to poke some fun with the wordings of this review’s conclusion:

Why did Alisson shave his Santa Claus beard for Liverpool’s last league match before Christmas?